Just many dimensions of ouch: The S&P has now collapsed through its weekly SMA(50). That's bad. But what's worse: 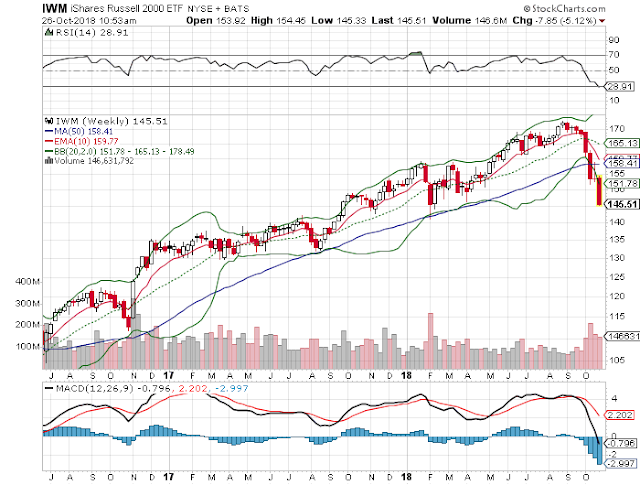 is that the R2K shows a lot more pain to come.

I dunno if you can say that this is investors deciding to puke stocks at 18x P/E when they can own 10Y at 3%, or whether it's fallout from Trump's oh so clever trade war, or the sugar-pill stochastic spike of a one-time tax break wearing off, or what.

But you guys should have known that the markets always do better with a Democrat president.

Probably at least partially because nearly all Republican presidents since Nixon have been fucking idiots.


So these two German guys are working on a song in Germany and decide they need a rapper, so they go to an American air force base in Germany and ask the first black guy they come across "hey, can you rap?" and he says "sure", and they end up recording a smash hip-hop hit in Germany:

I knew this was a series, but had no idea what it was.

I said "okay, there's my n+1, but some fucking annoying series right after it."

I crossed out the series and wrote "1", giving me my answer.

Well, it turns out that e^x = the series x^n/n!. Which means the series that I crossed out really WAS 1.

I won't get full marks, because I didn't solve the iterative integration by induction.

And that was the hardest question on a 3rd year stats test? These pussy kids of today!