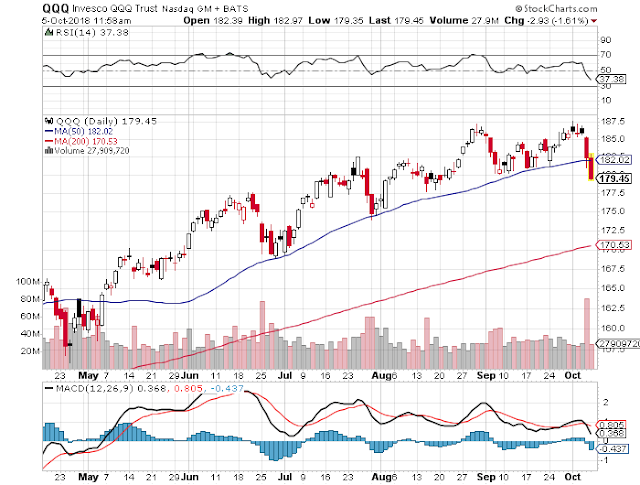 The R2K has been barfing for a while, but I'm sure your favourite blogger already called it to your attention: 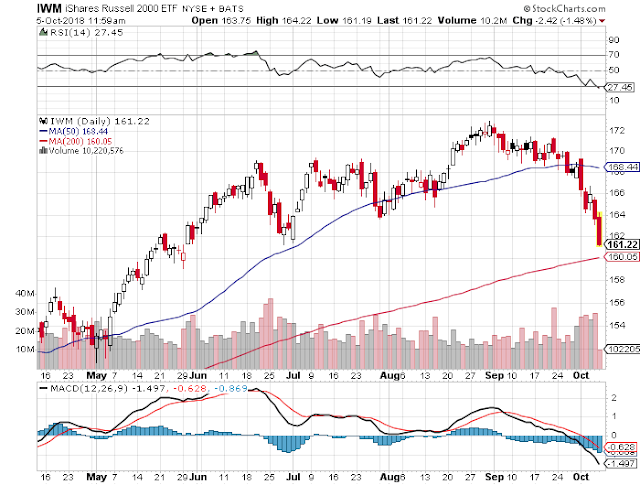 And apparently it's all because yields are popping: 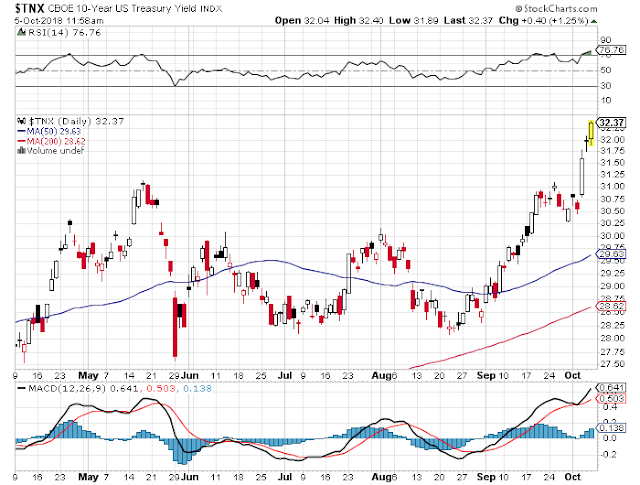 Does this mean we finally get to see the massive repudiation of debt as a dishonest system is coming apart at the seams?

The one that Gary Wordsalad was predicting in 2013, before the S&P 500 returned 60% plus dividends over the following five years?

Email ThisBlogThis!Share to TwitterShare to FacebookShare to Pinterest
Labels: DOOOOOM?, massive repudiation of debt as a dishonest system is coming apart at the seams


The Guardian - string of own goals by Russian spies exposes a strange sloppiness. Quote:

One of the men, Aleksei Morenets, an alleged hacker, appeared to have set up a dating profile.

Another played for an amateur Moscow football team “known as the security services team” a current player told the Moscow Times. “Almost everyone works for an intelligence agency.” The team rosters are publicly available.

Russia has claimed that the investigations are fake and that researchers are in league with western intelligence. But most of the evidence to uncover the spies was already out there, and conveniently timestamped on social media.


It's about as stupid as when the Russians shot down MH-17 over the Ukraine, then bragged about it on Vkontakte.

It gets even worse, by the way: the laptop seized in Holland proves the agents also worked in other countries because the idiots were running off the hard drive, which any script kiddie knows is stupid: you do your work on a USB-based OS so you leave no traces.


And even The Sun wades in:

Intelligence agencies around the world now have a database of Kremlin agents because two of the GRU agents snapped at The Hague last night were travelling under their real passports, names and dates of birth.


Commons Foreign Affairs Committee chairman Tom Tugendhat MP said Russian corruption could be behind the GRU gaffes. He said: “Decades of theft have stripped Russia’s intelligence of the skills they once had. Putin’s corrupt greed has turned the GRU into an amateurish bunch of jokers.”


Yeah, that's pretty much the answer.

Funny, by the way, that the Sun calls Corbyn a "useful idiot" of the Russians when we all know it was Farage and UKIP, The Sun's best buddies, who were funded by the GRU for the past5 years.

Email ThisBlogThis!Share to TwitterShare to FacebookShare to Pinterest
Labels: Russians are moronic subhumans


This actually would have been a popular video if it'd been done back in the day: