No music this week... instead, Tony Wilson interviews Bill Drummond and his silly moustache on the release on the KLF's "The Manual":

And Bill proves that Alan McGee wasn't even remotely the biggest nutter from Glasgow in the 90s.

Paul Hickey from Bespoke and his opinion on the market


CNBC - interview with Paul Hickey. Bespoke is the smartest market analysis organization out there, and I'm always tempted to renew my subscription so that I can get their opinions day-to-day. Here, Paul Hickey says that their analytics suggest a lot of the past few days' moves are just end of quarter rotation.

I disagree based on my view of the charts in the previous post, but hearing that Bespoke is on the other side always makes me doubt myself.

THE CHARTS YOU NEED TO SEE TO STAY ALIVE


My old "rule of threes" had me out of the market this week. Good thing: 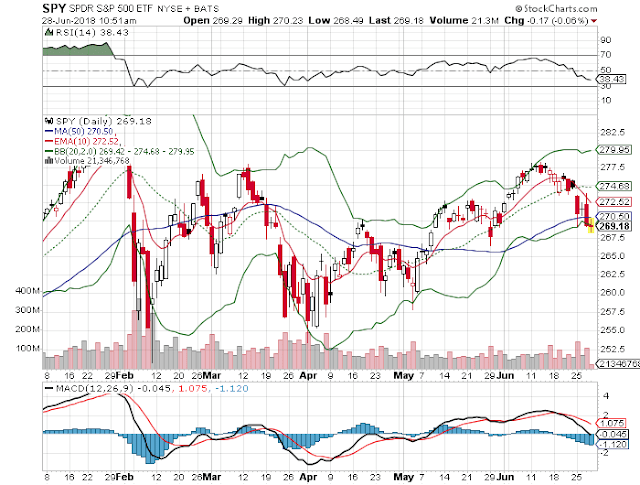 The third peak happened in mid-June, and my totally silly-sounding "rule of threes" said that after the third peak, you're not going to get a third simple breakdown to the lower Bollinger, but rather a longer fall. Because the market never does the same thing three times. 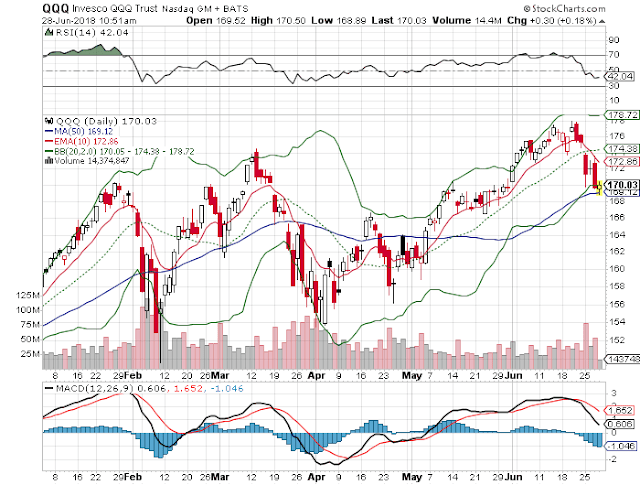 QQQ had previously sailed up to a new all-time high. Now, however, it's negated the positivity of that move. At best we get a long protracted retest of the all-time breakout. The hold of the SMA(50) makes me feel positive right now. 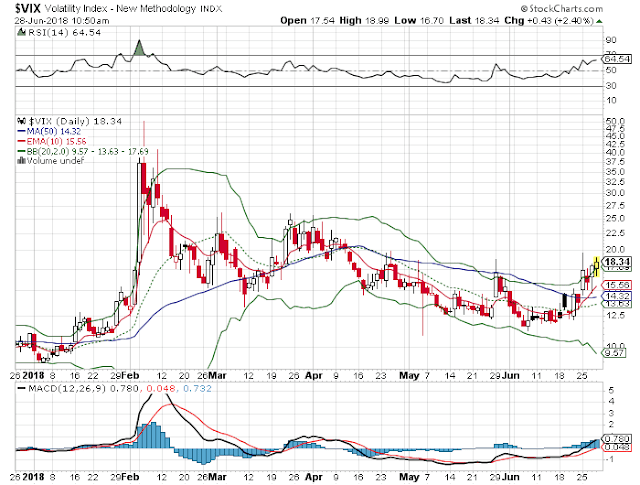 $VIX was popping for the past few days, but that could simply have been due to end-of-month fund repositioning. And in any case, today's $VIX doesn't make the same noises as last year's $VIX because of the destruction of the XIV ETF. So you have to look at the index charts to see whether the $VIX move really means something. 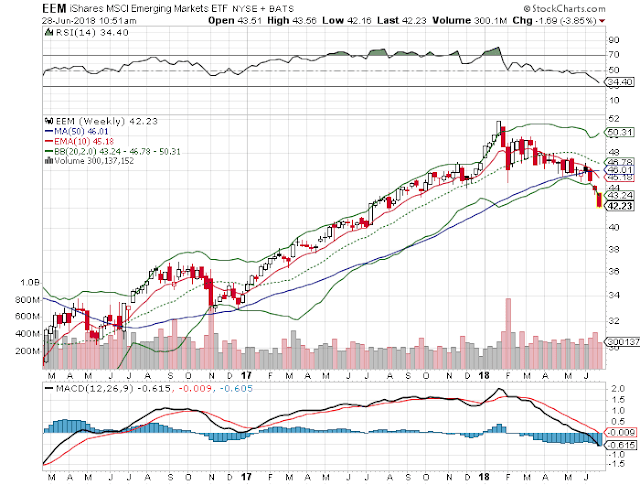 And emerging markets look positively terrible right now. The acceleration of the decline after the fail at the weekly SMA(50), to below -2 SD, makes a further 20-30% drop look suspiciously likely right now.

You could interpret all this as just the markets accepting the reality of a new American mercantilist trade policy.

What's scarier is if you instead interpret all this as the final rolling-over of US equities before a crash, recession, and eventual cyclical (at least) bear market.

The stupidity of Canadian marijuana legalization


CBC - Canadian government is looking to price legal marijuana at... wait, what?

I thought the whole point of legalizing pot was to put the illegal drug dealers out of business.

But, as it turns out, the Canadian government wants to price legal marijuana at a price above the illegal street price.

Macleans - Ontario's pot strategy includes shutting existing dispensaries. They have hundreds of existing businesses who could sell legal pot in the province, but instead they're trying to drive them all underground.

This, along with the stupid rule that nobody can grow more than four plants, means that

1) the illegal drug trade will continue to make huge profits, and

2) people growing pot on their own will continue to be targets of violent home invasions.

It's hard to figure out what the idiot government is actually intending to do here.