I personally think Morgan Fisher from Mott the Hoople did a better version of "Wuthering Heights" on his Hybrid Kids pretend-compilation album.

But the best is his version of "D'Ya Think I'm Sexy".

This guy listened to far too much Residents in his time.

Email ThisBlogThis!Share to TwitterShare to FacebookShare to Pinterest
Labels: friday videos, What Otto's on about today

watch out, something might be about to go horribly wrong 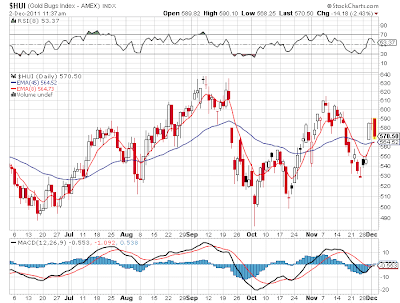 The $HUI's dropped strongly today, despite silver and gold and copper looking good.

Upon snooping, I saw that the US Dollar has popped up strongly. $VIX is still lower, but has only now just started creeping upwards. 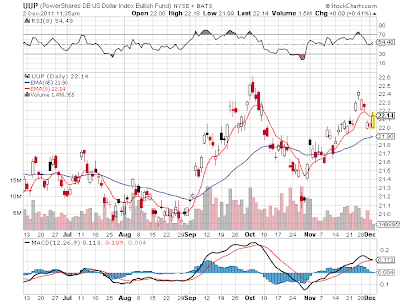 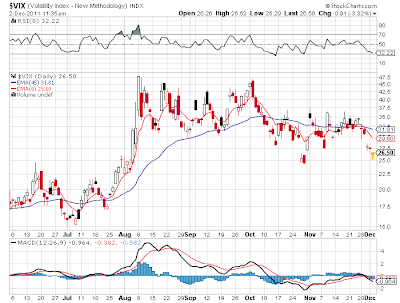 Looks fishy. Must keep an eye on this. Is it just a bunch of people dumping cos they don't want to hold miners over the weekend? Or Friday profit taking? Or the hint of something bigger?
at 8:34 AM No comments:

It really is post number 666. (One of those posts, you've never seen - it's actually scheduled for next March, and basically reminds me to dump all my mining stocks before I go to PDAC.)

And so, here's a video by Iron Maiden, which seems to suggest Gojira (a Japanese monster created by radioactive waste) has something to do with The Revelation of John.

Funny, it's in standard 4/4 time, but it has so much syncopation that it really throws you off.
at 2:33 PM No comments:

For some reason MFL and SBB seem not to be trading.

My discount broker's L2 often breaks down, so I went to check them on TMX and... same thing, prices not gone anywhere.

Why would both be halted?

Gold skyrockets this morning over $1740, silver up too.

Here's the Zerohedge versions of why:

And of course ZH are screaming bloody murder because we get no apocalypse.

Strangely, while silver and gold are moribund this AM, the $HUI/GDX is up well over 1%. That's even better than the S&P 500.

No clue if this is just boring old morning retail buying, or if it's something better. But it sure is nice to see miners not stinking up the joint.

At this very moment $HUI is right at its EMA(8). If it breaks convincingly thru 550, then by definition we have to start expecting a bull run for $HUI.

Actually the new corp presentation is a full month old... so maybe a new one comes in a couple days?
at 3:53 PM No comments:

Email ThisBlogThis!Share to TwitterShare to FacebookShare to Pinterest
Labels: REG

Over at Gold Report, Jordan Roy-Byrne said that gold stocks are due for a breakout. Maybe worth a read?
at 9:44 AM No comments:

Email ThisBlogThis!Share to TwitterShare to FacebookShare to Pinterest
Labels: The Gold Report

Anger and revolution is now victorious over the sissy herd

Ritholtz is now as angry as Karl Denninger. Congratulations bankers, you've now raped captialism to death. I guess you'll need that police state now, eh?
at 9:37 AM No comments:

S&P pops 3%. But it doesn't seem to be the predicted face-ripper December rally... not just yet.

$HUI has almost reached its EMA(8), but is just hanging there. Looks like there's a lot of selling into the bounce. A person who was scared would probably use this point to lighten up/cash up by dumping his profitable positions.

The question is, is this the final selling from the smarter weak hands? If so, all the sellers are gone and you're left with buyers - the definition of the start of a rally.

Or is it really a good idea to dump your stocks overboard and cash up? I guess it depends on your expectations.

I have learned not to start taking my positions until the plummet has finished - to watch my EMA(8), which is apparently the theoretical model I want to use for pennyflipping the miners.

Now still, I'm actually fairly happy with my situation now - I have a lot of stock tied up with producers that have had their prices heavily de-risked (SBB, MFL, GOZ, USA, BTO). My big problems are 1) by Gary Tanashian's thesis, I own too much silver (cos silver collapses in the event of a liquidity crisis, which we might soon see); and 2) I've got more than enough money tied up in highly illiquid explorecos, which could conceivably drop another 90% if things get tetchy.

So, the other lesson to take away from this is to never buy an exploreco on a new reccie. Buy it on weakness and fear, only. This seems to be something like what I've heard Mickey Fulp say in a recent interview. It doesn't matter whether their property is good or not; all that matters is that you buy low enough that your pain threshold can't be reached on a dip.

After all, there's always another miner you could invest in, if you miss the bus on this one - that's one thing I've learned already, which informs my decisions.
at 9:19 AM No comments:

Email ThisBlogThis!Share to TwitterShare to FacebookShare to Pinterest
Labels: market comment, so what have we learned today

Wolfgang Munchau at FT has an article I can't read cos I don't subscribe.

Calculated Risk has a link to it and a few others: go read it. Among other news, the trading systems are testing out software that'll allow trades to settle in non-Euro european currencies.

Here are some happy stories via Reformed Borker. Josh Brown seems to be a real hope addict. I wonder if this will provide a slight Monday pump, and then fizzle? Seems rallies have been so heavily sold into recently, they've never made it past noon.

In The Event We Don't Die - Black Friday estimates suggest a retail boon, and by the way the Germans aren't going to wait for bank runs before they print (because we German people aren't a bunch of fucking morons).

IMF Could Be Preparing a $794 Billion Loan for Italy (or Not) - first I head of this story cos I haven't turned my Atrix on this weekend yet, so I haven't been keeping up on the RSS stream. Anyway, this article isn't that dependable, as it actually mentions ZeroHedge - on the "no they're not" side, of course.

Is Europe Moving Towards a Bazooka? - from PragCap, which is one hell of a better site. And here's the money shot that I was hoping for: "it wouldn’t be shocking to see a face ripper rally in equities in the coming weeks leading up to that (Dec 9) meeting. There are A LOT of investors caught flat footed right now betting on the end of the world scenario. Remember, this is the global government put at work. Getting in front of this via short positions has been the equivalent of stepping in front of a bullet train."

Zero Hedge is worthless. Their flow chart works something like this:

That is literally the most worthless website on the entire internet. They have lost more money for people over the last 3 years than any website in the world.

Anyway... I realized upon reading the article that Armageddon is the crowded trade right now. When you beat down every single 1% rally, when everyone's expecting Germany to purposefully let their banks collapse before printing money... that's a crowded trade, innit?

I've been looking at 2008's S&P 666, and wondering if we're going back there. Now I realize every other fucking hairy-toed tabacky-chawin' pilgrim in the market is doing the same thing.
at 5:25 PM No comments:

The US deficit will pretty much go away.

Not totally go away, but pretty much; a lot of the tax breaks that are assraping the budget will expire this year and next if they all simply agree to agree on nothing.

The best is the elimination of the Bush tax cuts, or "job creators tax cuts" as the Republicans call it in every single speaking opportunity. My opinion of Obama soured completely when I saw he had no interest in eliminating the Bush programme of free money for the rich - he proved then and there that he was as bought and paid for as any other Yank politician.

Is this a hopeful story for December? Will the broader news media pick this up and talk about how the US deficit will come under control simply by morons refusing to give away more money? And then will that bring down t-bills and USD, giving us a December rally?

I'm asking cos someone I just finished reading seems to think it's not the end of the world right now, and there's a reason to hold mining stocks instead of dumping them. So I'm trying to figure out (ahead of time) what media/market narrative could show up that will make people feel hopeful for December.
at 5:17 PM No comments: