You probably heard by now about Jeff Bezos taking the fight to the National Enquirer:


NY Times - Jeff Bezos' extortion claim under investigation by prosecutors. Now the Enquirer has placed itself in legal jeopardy a couple times over: not just by possibly extorting a public figure, but also by violating the terms of its settlement with federal prosecutors in the Trump affairs.

LA Times - Jeff Bezos' civic lesson. I wouldn't really call it a civic lesson, since Bezos is, at the end of the day, still a right cunt. However, it is important for the most powerful people in the world to continually remind trumped-up dictators that they can be crushed like bugs.

NBC - after Bezos, more allegations of blackmail against Enquirer. Given they've apparently also gone after NBC reporters, it seems there's at least one news outlet who, following Bezos' lead, isn't going to stop reporting on this.


It seems unbelievably stupid that the Enquirer would try to blackmail a person worth over $100 billion, who got that wealthy by fighting dirty, and who has a security service staffed with ex-Mossad working for him. But the fact is, really fucking stupid people have taken over the world, and they've spent years now being blissfully aware of the consequences you can face when you piss people off.

And now they all need to be reminded that being really fucking stupid and a great fucking asshole eventually has disastrous consequences. In the real world, eventually, someone big and mean ignores the "polite convention" that enables this behaviour, and just stomps on your head until you stop moving.

So even though I don't like Bezos one bit, I'm happy that he's (hopefully) pissed off now to the point that he's not going to back down, and is going to keep at this til the Enquirer, AMI, bin Salman, and Trump are all utterly fucking destroyed.

I hope there's a load of collateral damage along the way, too. Because when the average person is too gutless to stand up to stupidity, he also has to be reminded that gutlessness has consequences. So let's hope Bezos destroys a few thousand lives in the process.

Friday video: Black Sabbath vs the Who

Dunno exactly what he thinks is causing the recession.

Bill McBride has a few tips for him.

a note on China 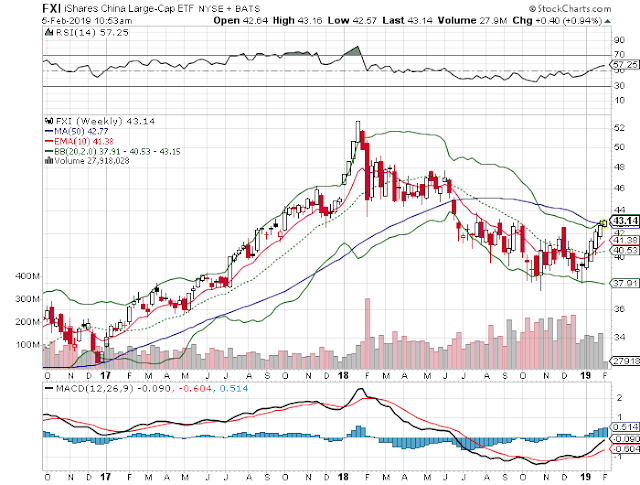 There was a bubble in late 2017 and early 2018, of course, and then a precipitous drop as friction with Trump grew and the economy cooled somewhat.

But now, if you're following Bill Bishop, you know that the US and China are close to a new trade deal, and I assume the seven white candles in a row on the China weekly chart are an indication that the trade talks are as leaky as... some sort of Chinese very leaky thing.