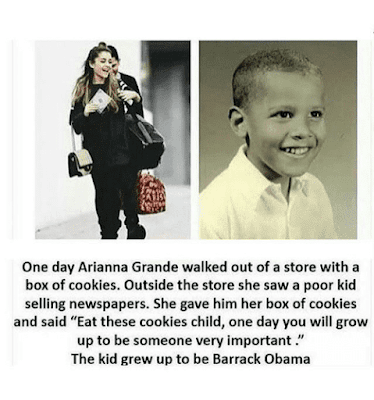 Bonddad - workers are finally getting raises. Trump should put a stop to this.

No seriously, that means the expansion should go on a few years longer.

Then again, everyone knows that the capitalist class will want to put a stop to this right away.

Email ThisBlogThis!Share to TwitterShare to FacebookShare to Pinterest
Labels: Bonddad

oh god not Denise Donlon too, I like her


She's very much responsible for having kept MuchMusic from turning into crap for years as MTV blazed a path for the crappy future of music video stations, so I like her.

We’re really interested in your work with the Clinton Giustra Enterprise Partnership that brings entrepreneurial solutions to global poverty issues. Can you tell us a bit about the organization and how you got involved?

I was asked to produce an event in Toronto by Vancouver businessmen Frank Giustra and Sam Feldman that would celebrate President Clinton’s 60th birthday party, and it was a joy to be involved. It was an impossibly star-studded event with celebrities such as Billy Crystal, James Taylor, Jon Bon Jovi and Sarah McLachlan that raised $21 million in one evening. What I enjoyed learning about the Clinton Foundation was their deep understanding that solutions to some of the world’s biggest problems often requires public, private and political cooperation. And I loved working with staffers who were used to the pace of the West Wing. It was invigorating to say the least!

Or, Denise, you could go help the Carter Foundation, which actually cares about helping people, instead of a foundation whose boss promised Wall Street that she doesn't really give a shit about the working class, thus losing the 2016 election as all her supposed voters stayed home.