An IWM death cross, however, already happened in mid-November.

SPY and JNK should be next week.


I think I'll bum you lot out all thru Christmas:

What makes it even worse is that it's Moby.


Well, I got done a stats assignment, a history essay and a geography assignment last night, so now I have no term work left to do and I can move into "study for exams" mode.

So, I have a bit of time for comment: 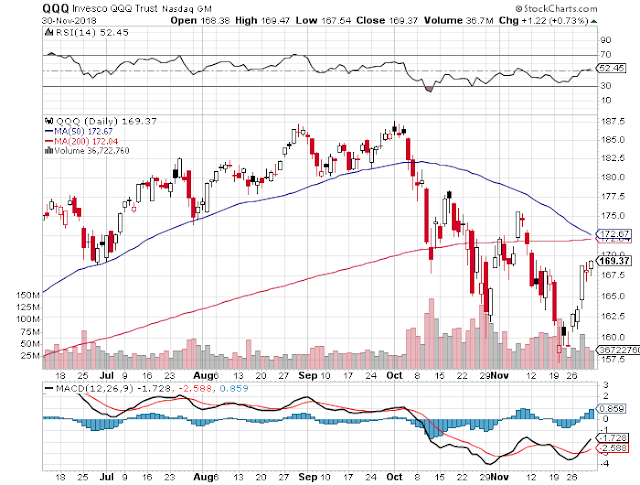 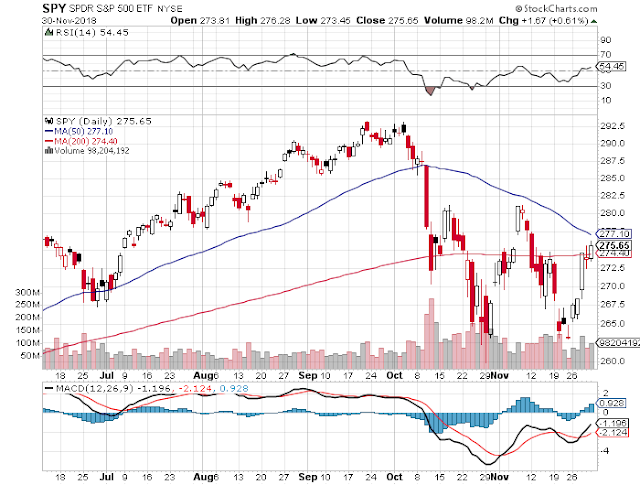 Two of the big worries over the last market drop have been:

1. The Fed is going to raise rates til it causes a recession, and

2. The US is destroying world trade and will cause a worldwide slowdown.

President Piddles seems to have addressed worry #2 this weekend, not that his word means anything ever, while Jerome Powell hinted at a resolution of worry #1 earlier last week when he called rates "maybe just under neutral".

And as for #3, now we move into Christmas, and sales figures are the most persuasive market movers throughout December.

Meanwhile, though, the QQQ is still under its SMA(200) and the SPY looks like it's halting at the SMA(50). With downward SMA(50)s in both charts, and death crosses close to happening.

So maybe this is the world's greatest fakeout? We'll see.